Design a site like this with WordPress.com
Get started
Skip to content
Jango Brungke Uncategorized April 5, 2019 1 Minute

Democratic presidential hopeful and former vice president Joe Biden very narrowly avoided an apparent attempt on his life this Thursday evening after encountering a “suspicious woman with a strange substance on her shoulders”. Biden is apparently unharmed after the attempt, but visibly shaken. It was only due to the quick thinking of one of his bodyguards that he’s still living. 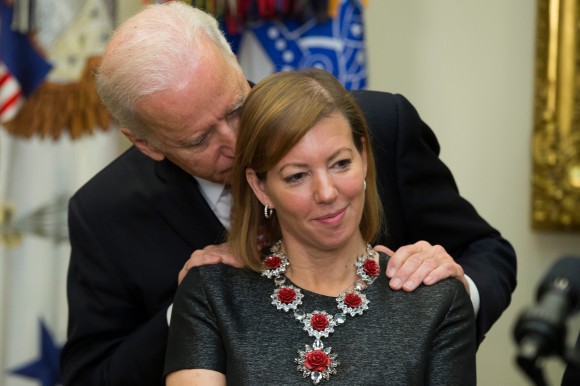 The bodyguard in question, whose name has not been disclosed for security reasons, elaborates on the incident further: “We were waiting to be seated in one of Joe’s favourite restaurants when this exceptionally attractive young woman was in line ahead of us. Nothing seemed out of the ordinary until I saw her shoulders seemed to be reflecting light an awful lot, which is when I realized they were coated in a slick liquid. Just then I saw Joe move in to try and do his thing, and I had to think fast, so I tackled him to the ground. It took two of us to keep him restrained while we got the woman in question detained and away from the scene.”

The identity of the apparent assassin has not been released, though it has been reported she may be an Uzbek national – the substance on her shoulder has been confirmed to be Batrachotoxin, perhaps better known as the secretion of the golden poison frog. This is the third attempt on Biden’s life in recent years, after a suspected North Korean assassin had packets on sarin gas stuffed in her hair in the hopes Biden would sniff it in 2010, and in 2009 when Biden encountered a mannequin disguised as a woman covered in landmines during a visit to Iraq, the suspected work of Iran’s Quds Force.