Design a site like this with WordPress.com
Get started
Skip to content
Jango Brungke Uncategorized November 22, 2019 1 Minute

BAGHDAD, IRAQ – Protests have entered a bloody new chapter in the embattled city as protesters, angered by poor conditions and Iranian influence in their country, are now demanding Iran begin de-shelling their pistachios. Iran is one of the world’s largest exporters of the nut, which is typically sold with the shell still intact. At least 15 protestors are feared dead as security forces, including the Iraqi Army and Popular Mobilization Forces opened fire on crowds of demonstrators. 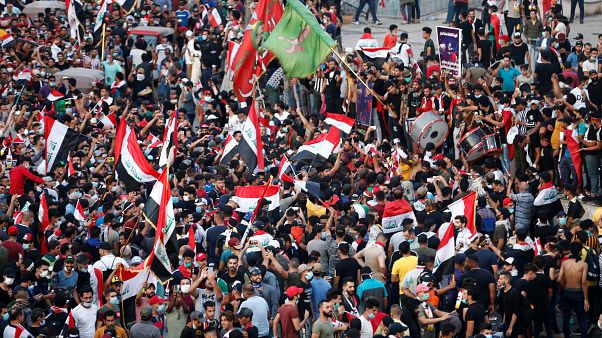 “It is ridiculous, utter bullshit” said one protestor who chose to remain anonymous. “Why do they still have shells? You can buy peanuts without shells, and cashews, and every other nut. Why are pistachios the only ones with the shells still on? It takes so long to eat them, it is utter lunacy”. Iraqi cleric Muqtada al-Sadr, one of the informal leaders of the protestors, stated in a televised sermon “Such madness cannot continue in our beloved country. Look at this [holding a pistachio]! The opening in the shell is much too small to pry apart with my fingers! What am I to do with such a monstrosity? Smash it to pieces, destroying the nut as well?” Tensions are continuing to mount in the country, and show no apparent signs of abating.