Design a site like this with WordPress.com
Get started
Skip to content
Jango Brungke Uncategorized November 3, 2018 2 Minutes

There’s been no shortage of exciting news this week in gaming: here’s a quick run-down of the hottest industry news. 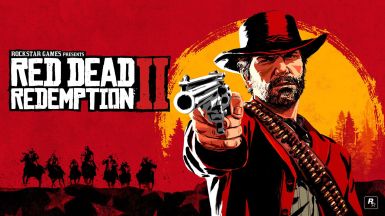 The highly anticipated sequel to the critically acclaimed Red Dead Redemption is now available for purchase, though its development isn’t without its controversies. Many have criticised Rockstar Games over the alleged mistreatment of their employees. In particular, it has been charged that those who have not worked adequate crunch time have been publicly lashed, as opposed to the traditional practice within the gaming industry of caning employees to encourage longer hours. 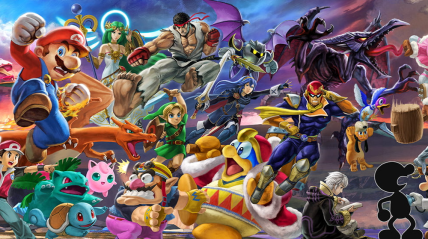 The latest trailer for Super Smash Bros Ultimate has resulted in some mixed reception from the Smash community. The trailer, running at about five minutes, features a crudely green-screened Masahiro Sakurai executing each Smash character at gunpoint in a long procession, sparing only Kirby as he appears to run out of ammunition. Sakurai then sighs and walks off screen. Many have positively compared the bold trailer to Avengers: Infinity War, while others have expressed concern that if this trailer is to be considered canon, Kirby may be the only playable character at launch.

There was much to be seen at BlizzCon 2018, with exciting updates from a number of cherished Blizzard franchises. Among the announcements, fans have learned that the Diablo series will be getting a new installment in Diablo: Immortal, the first mobile entry in the series, which continues the time-honoured tradition of disappointing Diablo fans. A new hero has also been announced for Overwatch – Ashe, a renegade gunslinger and a blatant and shameless attempt by Blizzard to give me an erection.

In a shocking turn of events, users of Bethesda’s Fallout 76 Beta have reported a number of bugs, including the Beta apparently deleting itself. While many see this as a poor sign of things to come, others have pointed out that it is much more immersive for a game set in the post-apocalypse to be a heap of junk. There are also unconfirmed rumours of the Beta installing ransomware, which may only be removed by sending a receipt of Skyrim to Bethesda headquarters.

Lastly, many barbarian swine in the West have expressed displeasure at the wise and just decision by Ubisoft to introduce many aesthetic changes to Rainbow Six Siege, such as the removal of shameful imagery of cadavers from the game, so the approval of the Powerful and Benevolent Middle Kingdom, The People’s Eternal Republic of China may be gained, and the blessing of Most Learned and Virile Chairman Xi Jinping, Bulwark of Peace and Guarantor of Prosperity, Mighty Champion of the Revolution and Subduer of Traitor Kuomingtang of Turncoat Island of Taiwan may be received. Experts believe much of this alleged criticism is merely the paid manipulation of media by greedy Robber Barons of the decadent Capitalist West, who fear the enlightenment of the Western proletariat by bestowing upon them the superior patched version of Rainbow Six Siege, which clearly displays to all the wisdom of the Party in this more virtuous online experience. Ubisoft have also most graciously offered free copies of the game to those who record themselves tossing stones at the portrait of treasonous “artist” Ai Weiwei and post this act of rejecting ignorance online.

EDITOR’S NOTE: Claims of Ubisoft sponsored death squads hunting those who mention the myth of Tienanmen Square Protests are as false as the fantasy crackdown itself.